Quite a long time passed since the first intro article we wrote in August 2019. So many things were done that we don’t know where to start. 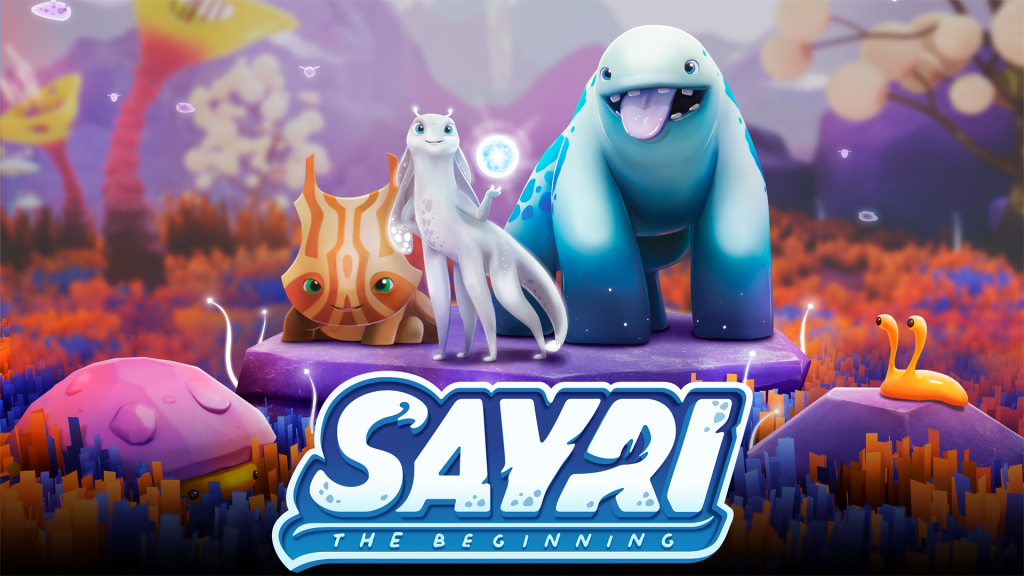 First of all, we’ve signed a contract with a publisher at the end of 2019 – Crytivo Inc. We are happy to become a part of the family as work is going smoothly and the partnership has been fruitful. Crytivo helped us to boost the development, took over PR/Marketing, and now we have a clear plan together of how the project has to grow and how we can create a great future release together.

We had extended our team by hiring more artists, involved experienced game/level designers, and hired additional full-time Unreal Engine developers. We are still going to involve more fundings as the game has so many aspects to cover for a short time and we don’t see a chance to cut anything out. 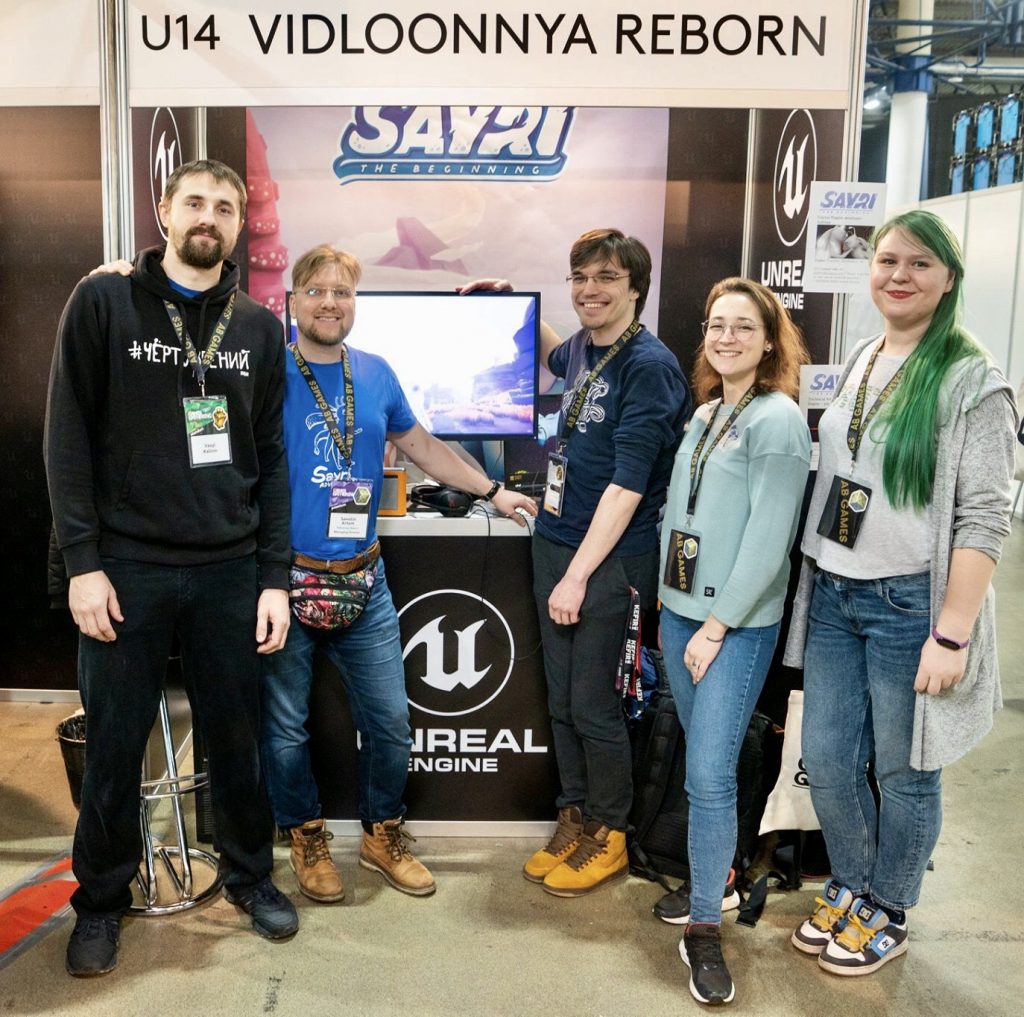 But what have we done for the past few months? First of all, we have made huge improvements in gameplay and now it is the amazing puzzles-based adventure story-driven game we are proud of. Details will come below. 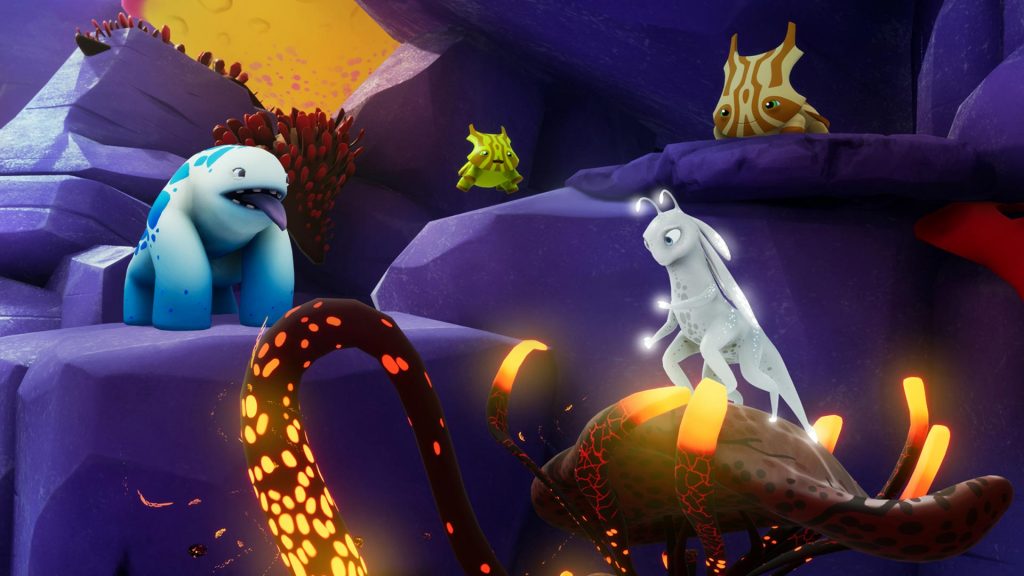 Briefly about the game:

The vision of the game and game mechanics stayed the same as initially defined. Briefly: Sayri is an alien creature who lost their home but was able to evacuate and land on another unknown world named Ayris. Sayri tries to find a new home and reveal a great story of Sayri’s kind.

Mechanically, it is a story-driven puzzle adventure game. The player has to use Sayri’s telekinetic abilities to move forward and find a path, but Sayri can mainly interact with nature/organic objects. There are many obstacles where Sayri needs the help of the native creatures of Ayris. Sayri bails out the creatures and they become friends. The player will be tasked to combine the abilities of Sayri and their new friends to solve puzzles and overcome obstacles to move forward and find their place in the world.

Previously, our obstacle in the past was that the abilities of Sayri did not feel impactful and the abilities of their friends did not feel valuable. Now Sayri can interact with different environmental objects and moreover, those objects will change states because of this. So, the interaction will now feel fun and productive.

We improved interactivity between friends. They can now perform actions together and cooperate. For example, Sayri treats a flower and makes it possible for Spiny to push the flower. This leads to the opening of a water stream that pushes out a leaf that is needed to build a bridge. This feels like both are contributing significantly to solving their obstacles.

Everything that is going on is currently wrapped in the revealing pieces of a story. The story is shown as cinematic movies integrated as gameplay parts. Some movies also have interactive events when a player has to click an action button to progress.

So, finally, we have multi-tier obstacles and complex (but not hard) progressive puzzles. We have story-driven gameplay and gorgeously improved visuals that were always our key.

Challenges we try to solve:

We still have a couple of major challenges in front of us.

One of the challenges is the color gamma of the world against interactive objects. We didn’t have any colored highlights on interactive objects and the player has to explore to find what is interactive and it didn’t seem ideal that you need to run around and search for something. We really tried to use different colors but the world is so brightly colorful that players get easily lost.

We thought of and integrated new nature plants which can illuminate important objects around. We still need to have an internal test to see if people will like it but we think it might work well. What do you think?

Now about the dilemma:

We built the project from the beginning as a puzzle game and a relaxing adventure. The gameplay is non-violent, Sayri can’t die and there are no specific action challenges. After a couple of internal tests, we found out that players, even players of our target audience, somehow expect some action, some challenges from the gameplay. Therefore we are thinking about improving gameplay to give some dangers to the world. We would like to prototype a kind of energy bar for Sayri. This may add some game loop to give the player some tactical features to think about as the ability can end and the player would need to search for extra orbs to power this up.

Here are some first prototyped cave gnomes who run for Sayri and take off Sayri’s energy.

Thank you for reading. We hope you like our progress blogs. Don’t hesitate to let us know what aspects you would like to see us cover more.

Keep calm and wash your hands!